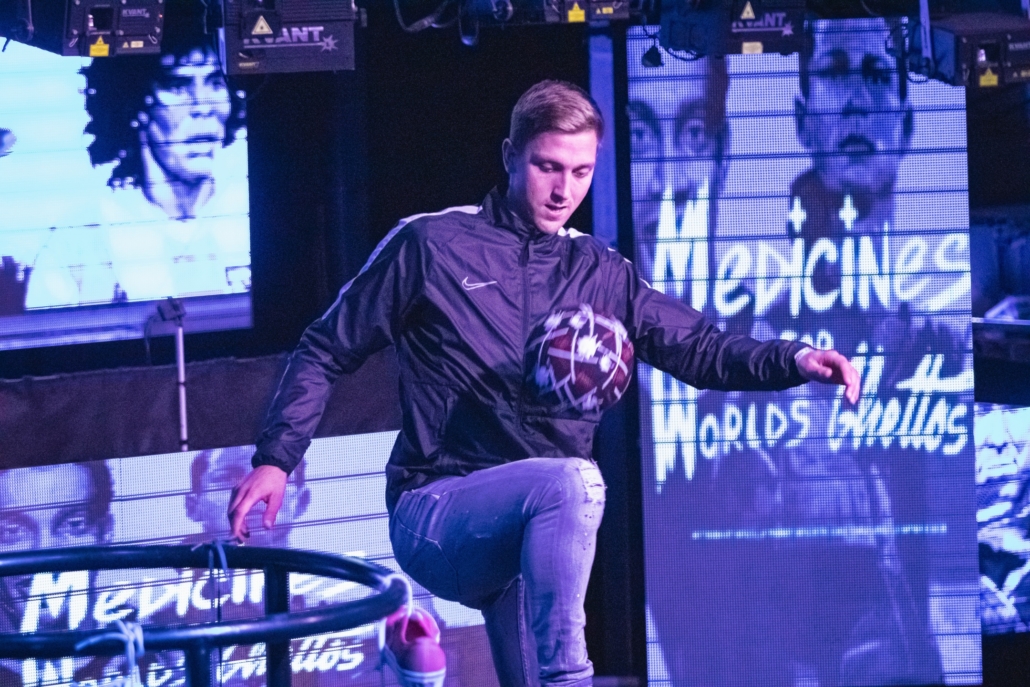 Ghetto games made a proposal for the government for a space in the middle of the ghetto. People were selling and using drugs on this place. The proposal came through to make a sick place of it. That’s wat Ghetto games did. They made a sick place for several urban sports. You can think off games like street football, basketball 3vs3, MMA, floorball and many more. The sports are in this place for all the people that love urban sports.

Previously Jeand Doest and Mehdi Amri played some games in Latvia at the Ghetto football games. You can see below the sick arena where the battles took place. 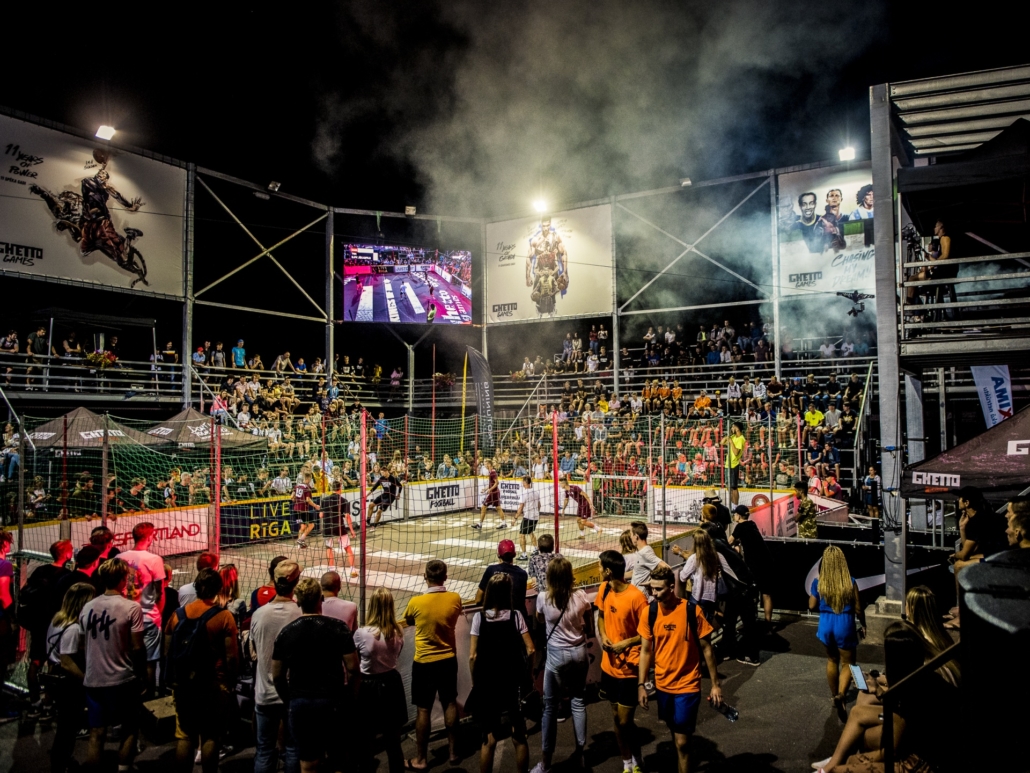 The assembly that took place was a conference about urban culture. The conference was about how you can make urban organization’s and can set up events for the people in the neighborhoods. Urban organizations from all over Europa came to the conference to tell how they did it. How they made their organization in their country and where they believe in. Many stories were heard and told; something where everybody learned from.

Panna knock out at Ghetto games

On behalf of Panna Knock Out Tom Vegter and Danijel Ribaric went to Latvia. They went to Latvia to speak about the urban power from Panna Knock Out, Danijel Ribaric spoke about this. He told the people who were presented at the conference where the organization stands for and how they want to organize the structure. Furthermore, there was told what the purpose of the upcoming period is.

They take also take a look at the history of Panna Knock Out, to give a further view to the people where Panna Knock Out game from. It all started on the streets, where people played panna. Then Nike took the panna game to big tournaments they organized. That was the period panna became more popular, but also lost it a bit. Later, sportservices took PKO over. They organized some panna tournaments too. The time has come panna returned to the people it belongs, the community. Danijel Ribaric said: “We want that Panna Knock Out will return to the community by the the Panna Knock Out foundation that will be set up!” 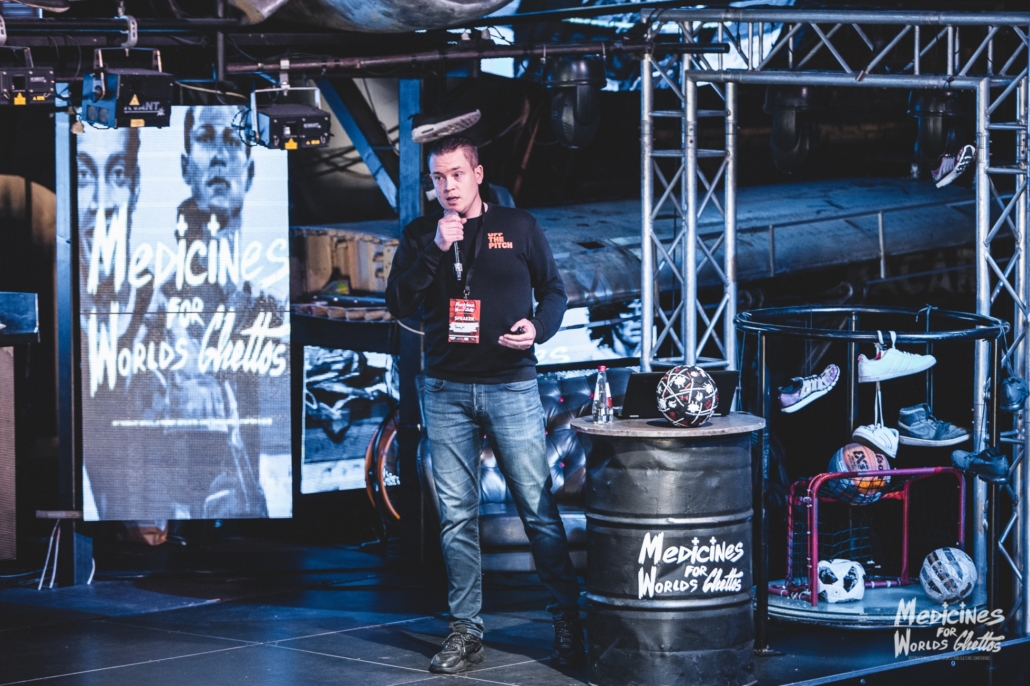 As a result we got a beautiful day where stories were heard and told. Every organization got his own story where everyone can get his benefits from. We want to thank Ghetto Games for the hospitality these days!