Frank Jobarteh: “We all love each other for who they are, and we are making panna grow together as a team.” 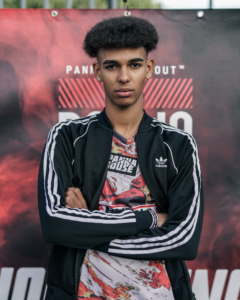 Frankie! You don’t need an introduction for the street scene anymore.

How would you introduce yourself to a bigger audience?

I feel like I already have my way of introducing myself to the audience every time I go on the pitch. I’m the type of player that could go a whole game just thinking about making skills, and that is also what the audience love when they see me playing, I have seen a lot of games where the competitors in the pitch just scores all the time, and it can really turn the game into boring, not because there is anything wrong in scoring goals, but what panna really is about for me, is the way you express your own skillful ways to the people.

What made you start street football?

I started as a young kid playing normal soccer. Further with time then I realized there was a lot of things that pulled me away from playing, I was the one that always loved to have the ball for myself on the team and my teammates didn’t like that. One day I was home looking on my iPad on YouTube, and I saw a video with Easy Man from 2011 and when I saw him playing I was so impressed of his timing and his ball control, he inspired me so much that I stopped playing for my soccer team. So I went out every day, with the iPad laid it on the ground, and tried to learn his skills. I got better and better and later on I saw a tournament that got announced in Denmark 2015 called Style of play jam, that was involving Easy Man, Soufiane Bencok And Sean Garnier, and I was so excited to go and meet all the players for my first time. So I got there and was playing the tournament and I lost, but it was still a amazing experience, after I went out Amin from panna house came up to me and said, I saw you playing you are very good and I think you should come to our panna training every week, so I ended up doing that and now I have been playing in panna house almost 6 years.

What does street football mean to you?

It means everything to me, Panna/street football is the thing that can make me happy whenever and is not only the sport that makes it good, but all the people also that you got around you is like family, we all love each other for who they are, and we are making panna grow together as a team.

Who’s your biggest inspiration in life?

Islam and my family are my biggest inspiration.

How did you experience this year’s World Finals?

I loved it good vibes everywhere, all the players were on fire on the pitch and it is always a pleasure to being a part of that. 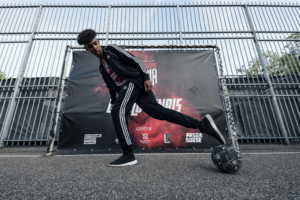 Were you happy with your performance in the World Finals?

Yes, I was, is always about showing people that you love what you do, and I think I did that with having a smile on my face and showed them my skills.

Who do you think will be the next World Champion?

Right now, I haven’t been playing a lot, but I am voting for myself, because I believe in that I could win, and is also a part of my dream to become a champion in panna once in my life.

What are you goals in street football for the future?

My goals in the future would be to live my life from playing panna.

If you could pick 2 players to form a 3vs3 team. Who would you pick?

I would pick Noah and Anas.