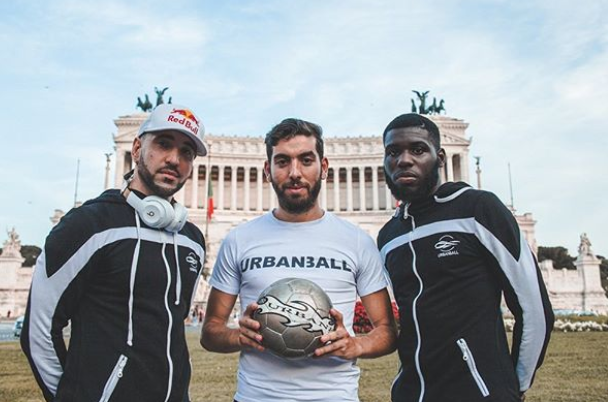 This year the European Street Cup took place on June 22, 2019 in tourist port in Ostia (Rome). The Street Football Cup is a tournament where the best European street football players compete against each other in a 3vs3 battle. The tournament is organized by employees of the Gazetta Regionale newspaper from Italy.

Gazetta Regionale wanted to organize a street football tournament. They received a funding from the City of Rome to make this possible. The Netherlands, Belgium, Germany, Spain, Italy, France, Croatia and Latvia participated the European Street Cup. Various top players such as Sean Garnier, M10, Zohair Arbib & Rafael Spajic were present during this crazy tournament! The competitions were characterized by cool skills and tricks. The 3vs3 tournament was unique, because the boarding around the field was used for the first time. Many teams had to get used to this, but for Latvia it worked out well. They have been playing with boarding in their own country for years, so perhaps it is not strange that they have won this tournament. In the exciting final, Latvia and the Netherlands competed against each other. Latvia defeated the Netherlands with a score of 7-4 and took the cup back home!