Andre Creemers: I have a big passion for street football, my mission is to fill all football courts in the Netherlands with cheerfull young football players! 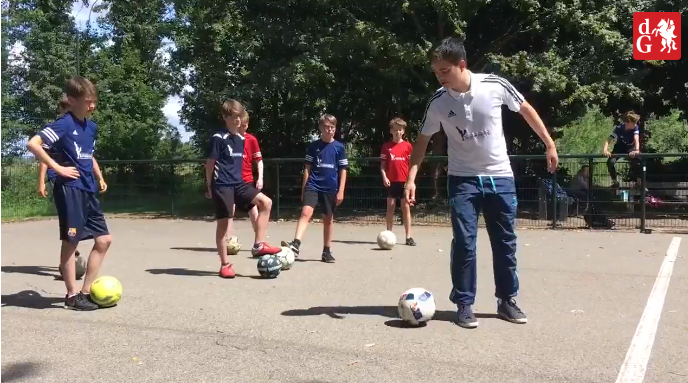 Andre also known as the Techniektrainer of soccerschool Techniektraining has a big passion for all kind of forms of football. He loves to play a match of street football or futsal but loves it even more to get some 1 VS 1 action in the pannacage or to pull of a long freestyle session!

Andre, can you introduce yourself to the audience?

Ofcourse, I’m Andre Creemers, 24 years old and live in Beek-Ubbergen, next to Nijmegen. I’m studying sport science at the college of Arnhem & Nijmegen and run a soccer school for kids and a soccerclub for adults in our region.They both have a special concept so it differentiates itself from the standard providers. When I’m not busy with that I love to play for myself, no matter what form of our beautifull sport!

You have a very varied interest in football, how did it all started?

I think it all started when when my dad took me a couple of times as a little kid to a rough soccerfield behind our house. At age of 4 I joined the local soccerclub. I did’nt like it very much and I was really bad at it, almost the worst of my team. Cause I’m born at 30 november I usually got classified with kids from a year older. After a couple years I got better and I also started playing in my backyard. My mom was always really annoyed by that. But that’s were my technic started to develop.

Do you have a big yard or what kind of football did you play there?

No it’s not big att al, but you don’t need a lot of space, all you need is a ball!

Also I think that it can make a big difference in de development of a child if he can play football in his backyard, that means he wil play a lot more. And a kid that can do that will get comfortable with the ball at a young age, this gives him an advantage  relative to the kids that didn’t play  in the backyard.

So those kids will be better at the sport, what makes it more fun for them, so they will play more what improve their skills, what makes them better and That’s how  the ball keeps rolling.

So you started on the field,  but later switched to street football. How did that happened?

I liked playing football, but football practise was just 2 times a week. So we played football wherever we could. In my days we didn’t have a nice football court in our town, these days there are plentiful everywere. Ironic that those are all empty now. We played at a parking spot behind some houses, the people get really angry everytime our ball get over the fance in their garden. Anyway that was were we get some knowlegde of other forms of football.

Later when I was in high school some things like youtube came out. That is where I saw all kind of crazy skills form Ronaldinho and Henry, things that seems impossible for me, we gave it a try but it was really hard. In high school we played football with friends everyday on a soccer court, most of the time we played 5 vs 5 but we also practised our skills with video’s from Touzani and Sean Garnier. I had always liked football very much, but panna and freestyle football brought that to the next level. I  have kept playing ever since.

Did you also participated in panna or freestyle tournaments?

For sure, the events of Panna Knock out are some of the most beautifull days of the year for me. Just socialising en playing the sports with others from the community only are the best. But to compete is even better. I was in the final of the Dutch championship Panna in 2019. I unfortunaely lost the final after overtime. I have also done some freestyle shows but never competed in a competition, the level from the top freestylers is ridiculously high.

So your mission is to fill all soccer courts with cheerfull young football players, is that why you founded your soccer school?

Yes I wanted to share my passion for street football and saw that all the soccer courts were empty. Kids need to stop gaming all day and start playing outside again! By soccerschool Techniektraining we are learning kids to improve their technic by learning them skills like around the world and the Akka 3000. We also have some technical elements of fieldsoccer and futsal in our training but the focus lies on street, panna and freestyle football.

What is your biggest accomplishment in football?

My biggest  accomplishment is definitely becoming Dutch champions as a coach with a selection team from Techniektraining at the latest Cruyff courts tournament in 2019. It had 13000 participants and had multiple rounds. We were unbeaten trhoughout the tournament. We won the final against Feijenoord with 3-1. My team and I have made some unforgettable memories there. Recently we started training a new selection team with our academy, called: Ballie academy. With this team we are also going to partcipate in games and tournaments. 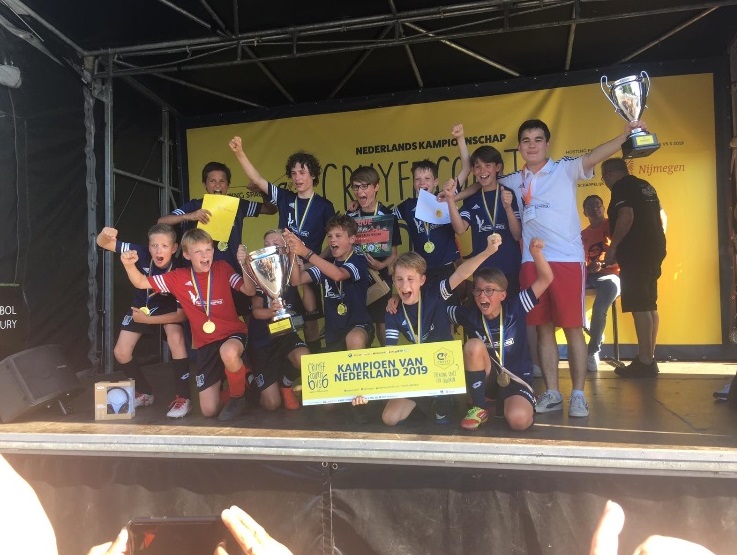 Do you also still play other sports of football like traditional football or futsal?

Yes, I’m also organisator of FC Urban Nijmegen. We offer games for the individual football players above 18. They can sign up trough our site to attend any game we organise. We organise multiple games every week, indoor and outdoor. I ussualy guided once a week, ofcourse I will play along when I’m present!

If you had to play a 3 VS 3 tournament, who would you choose in your team and why?

I would chose Sean Garnier and Kristoffer Licht. Sean has always been a big inspiration for me, he is the founder of many things in our sport. Licht has this crazy orginality at a very high level of skills. I think you can make some great combinations with him in your team!

Where do you see yourself in 5 years?

I hope to keep growing with the soccerschool and contribute on the development of the sports. Hopefully we can make streetfootball and panna national recognized sports, With participants in trainings and competition through the whole country!