THE street football community from Japan, which has travelled the world for years for their enormous passion. Both young talents as older street football players from the community take part in tournaments in Belgium and Denmark, among other countries. Pannahome is a highly respected community that travelled to Copenhagen with about 20 players last year for the Invitationals 2018, where super talent Shiou took the world title at the youth tournament! In 2019 Pannahome came to The Netherlands to participate in the World Cup Panna Knock Out, and with success! Takuto Koguro became the new World Champion Panna Knock Out! Pannahome is inspired by various European street footballer such as Easy Man and Kristoffer Liicht and has already brought them both to Japan!

Panna Knock Out supports Pannahome not only in players but also in knowledge and video content to get Japan even more hyped for panna! 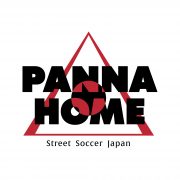