In cooperation with Pannahouse, Panna Knock Out organizes various tournaments. In 2013 Panna Knock Out went to Denmark for the first time and since then there has been a close collaboration between us, having the common goal of bringing the community together. We try to do this with several tournaments, such as the Elite Panna Tournament and Pannahouse Invitationals and by making content to inspire the community. Just like in this friendly battle between Kristoffer Liicht and Nasser el Jackson! 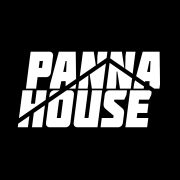