Ground Mechanix is known as the first panna organization in India. Street football players from this community are increasingly traveling abroad for international tournaments, such as the Pannahouse Invitationals. Archisfreestyler and Chaitanya Deshpande are the local panna champions who also participate in international tournaments, and now they also allow European legends to come to India to join tournaments like Sean Garnier and Easy Man.

Ground Mechanix is an upcoming hype in India and in the world! 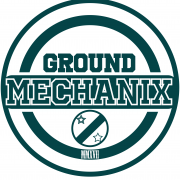