Ghetto Football started hosting local panna tournaments in Riga, Latvia in 2014 . 1vs1 and 3vs3 is becoming more popular and these games received worldwide attention the last couple of years with the Ghetto Games, including Ghetto Basketball, Ghetto Fight, Ghetto breakdance and of course Ghetto Football. The passion, design and the entire awareness around it were clearly noticed by international street football communities. In 2017 they brought in international street football players from countries like Germany and Denmark to Latvia for the first time. This with the ambition to organize a European 1vs1 and 3vs3 tournament in 2019! 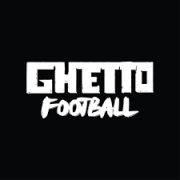