Aktiesport is a Dutch sports retail chain specializing in sports shoes, sportswear and such. They have about 160 stores and can be found almost everywhere in the Netherlands.

In 2018 we have organized the Dutch Championships Panna Knock Out and Elite Panna Tournament. This tournament has been made possible by Aktiesport together with PUMA. Our crew and players of the Elite Panna tournament were provided with cool PUMA outfits sponsored by Aktiesport. The visibility of Aktiesport and PUMA was also notable through the branding of the panna cages.

Additionally, in collaboration with Aktiesport, we have created unique activations with panna as the main factor, in the middle of busy shopping streets. This was done in six different Aktiesport stores in the cities of Rotterdam, Tilburg, Groningen, Breda, Zwolle and Apeldoorn. A panna court was laid down so that the audience that was walking by could compete against Easy Man and Mehdi Amri in a 1 to 1 panna match. During this match, players could test the very latest PUMA shoes! 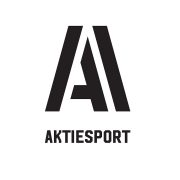