Amsterdam, the mecca of street soccer.  A melting pot of different cultures on the asphalt streets that gave street soccer a variety of flavours. A city that birthed an army of street soccer players that are notorious throughout the globe. They have feet that run like a leopard’s and move with the reaction time of a cobra. Jedi Mind Tricks vocabulary and principles of a utopian emperor.

It didn’t take long before Amsterdam became a haven for street soccer pilgrims that came to harness the skills of Amsterdam East, South East, West and the North side. Each territory has their appointed King. After several years the youth reached an unprecedented level. They become masters of their craft. Spending hours and hours on their asphalt temples. Rehearsing moves in their head over and over again. Eventually executing them to a Sun Tzu level of perfection.

MONTA STREET is a true offspring of the streets as it represents the fashion and culture of the street. It addresses the world’s most popular lifestyle: street soccer and freestyle soccer. Street- and Freestyle soccer is personal expression. It’s about showing no fear and demanding respect by battling your opponent with skill, technique and intelligence. It’s raw, it’s confrontational, and it’s about the ability to be yourself and hold your own against any competitor, in any environment, on any street in the world.

But street soccer transcends the term ‘sport’. It is more. Street soccer is a lifestyle. It includes the electricity of the game, the pulsating and dynamic fashion elements of the street.

Together with our partner Monta Street we have developed the official Panna Knock Out ball. The Panna Knock Out x Monta Street StreetMatch ball is a token of respect for our lifestyle. Detailed with with our language and with easter eggs. Made for and made by players. This collaboration is all about giving something back to the scene. All sales will be donated to Panna Events around the world. This way we can keep creating championships and keep the stage to shine for our lifestyle. Order the ball here and support the scene. 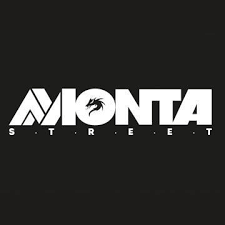