Last weekend the legendary World Of Street Football competition returned to its home port Rotterdam. This event was an important part of the Rotterdam Street Culture weekend. For the (street) football lovers there was an full program like the Freestyle Knock Out Championships, Worldcup Panna Knock Out and 3vs3 All Stars tournament.

On Saturday, September 14, the Panna Knock Out World Championships were held for the youth up to the age of 16. Jassim Maz from Belgium has won the title for U-16 against another baller from Belgium, Omar Makhlouf. In addition, a new Panna Knock Out format has been tested with 16 world class players, the Panna Pro League. The game consisted of a maximum of 3 rounds of 1 minute where it was all about humiliating your opponent by showing the craziest skills with the ultimate knockout; the Panna. The jury, consisting of Kristoffer Liicht, Nasser el Jackson and Achie Tarchoui, voted after each round which player showed the craziest skills. 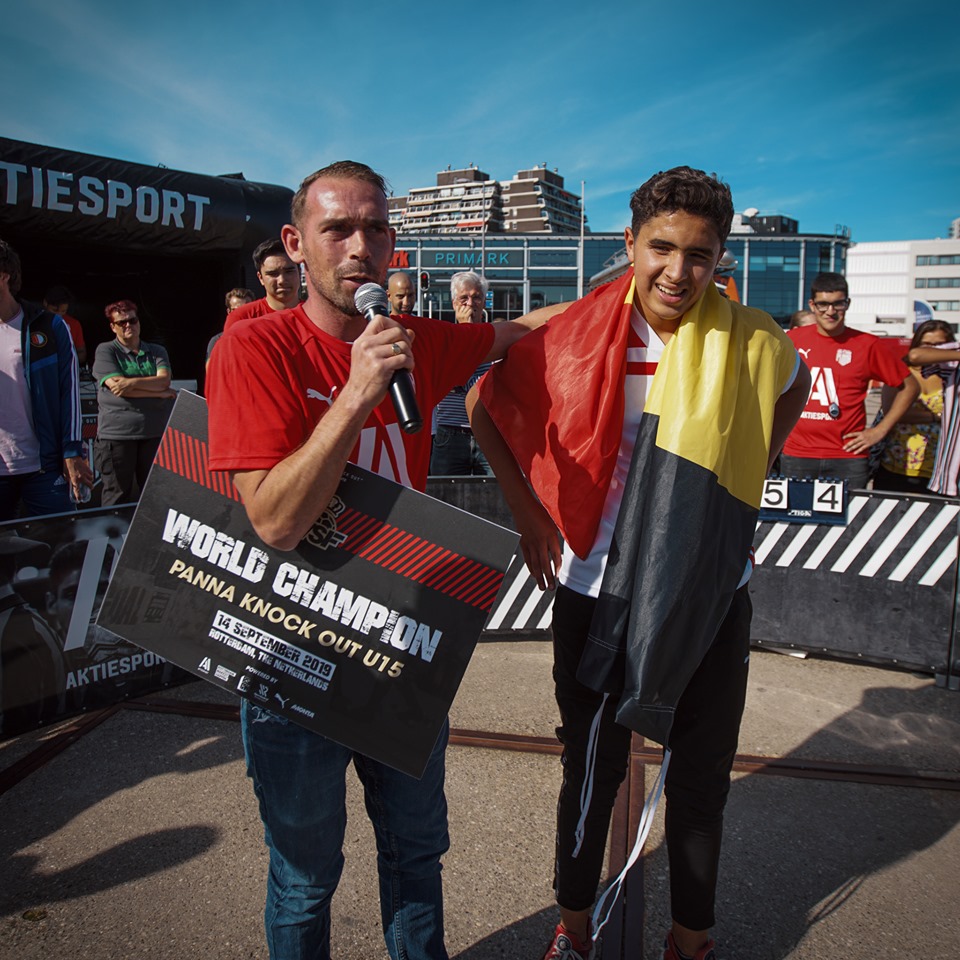 Anas Boukami from Paris was the killer of the day. With his skills and sleek looks, he stole the show on the way to the final. In this blood-curdling final, Anas Boukami defeated Pannahouse Invitationals world champion Ahmed Rakaba with a dope backwards Panna.

On Sunday 15/9, international players from more than 20 different countries competed for the title at the Panna Knock Out World Cup with a very surprising winner. Big names such as Jeand Doest and Jack Downer did not make it to the final. The final went between Japanese Takuto Koguro and Dutchman Abdollah Combito. Both players have never played before the final of a World Cup. Takuto eventually became the lucky winner by beating Abdollah in the extension! The Japanese is the new Panna King of the world. (Check it below) 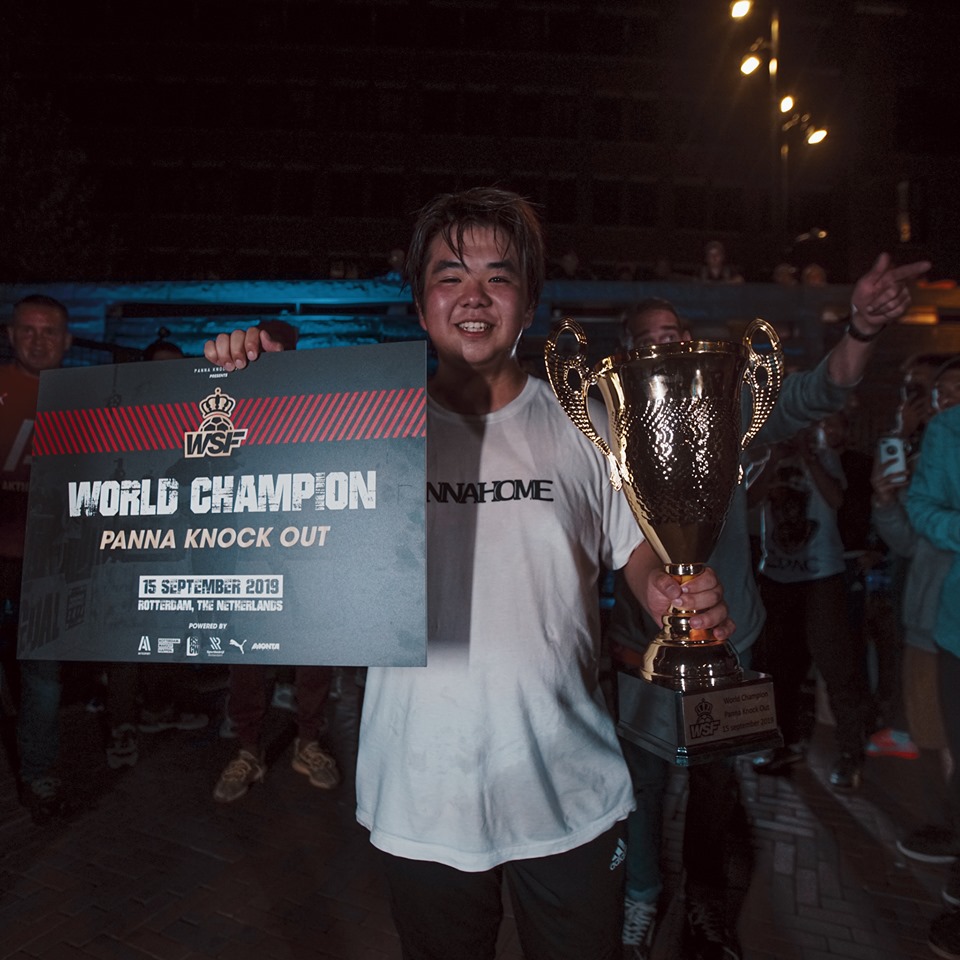 One of the favourites Easy Man achieved, despite his loss in the 1vs1, success in the 3vs3 competition where he won the title. He won the title along with his brother Randy Doest, and street football legends Achmed Tarhouchi and Orry Stoc-Promes, part of the well-known street soccer team of Ronaldinho.

During the WSF, the audience of Rotterdam was treated with a performance of rapper Kevin, where he performed not only his own hits, but also the Panna Knock Out-anthem “Kilometers”. In addition the legendary S3 freestyle team and their frontman Sean Garnier gave an crazy Urban show before the final of the Freestyle Knock Out Championships!

The final in the Freestyle Knock Out Championships also took place between a Dutchman and a Japanese. Jesse Marlet faced Hiro K from Japan. Jesse was on fire and defeated Hiro K. with his inimitable tricks and became the new world champion Freestyle Knock Out.

The brain behind the WSF event, Danijel Ribaric and organizer, Stefan Molendijk, look with pride and enthusiasm in their eyes when they look back on the more than 1000 participants and their skills. Big Big shout out to the main sponsors of the WSF: Aktiesport, Monta, the Municipality of Rotterdam, Sportbedrijf Rotterdam, Online Soccer Manager and Puma who made this all possible by offering a stage for the various disciplines of street football.

Panna Knock Out is lit. The community is getting bigger and bigger: during WSF there were 15,000 visitors alone, and millions of people were reached via the various social media channels.

Our goal to inspire young people to play streetfootball makes “kilometres” in the sixth gear. “With street football you get many positive life lessons that you can use in your growth as a person, including perseverance to get the most out of your life. A good example is Achmed Rakaba who started playing Panna as a refugee from Libya in Germany, nowadays he has a residence permit and a contract with a sportswear brand” said by Stefan Molendijk and Danijel Ribaric.

World of Street Football 2019 was on FIRE!🔥 Check out this aftermovie and let us know what your favourite panna is!💯⚽️ Big thanks to all you ballers and our partners for making this work🙏🏼 THANKS!

In 2020 we will return with a European edition as a spin-off from the real European Championship, which will also be played in the Netherlands.