The Invitationals , hosted by Copenhagen Pannahouse, is known as the biggest street football tournament in the world. In 2018 the tournament took place at the Isreal Plads square in the centre of Copenhagen. Panna Knock Out was also there! The special thing about this year’s edition, which is already the third edition of the tournament, is that the founders of Pannahouse (Kristoffer Liicht, Amin Benmoumou, & The Gypsy) didn’t just organise the whole event but they also participated in the tournament

“We are so happy that we were able to bring in players from more than thirty countries. For example, PannaHome from Japan came with a group of fifteen players! Every year we want the tournament to be bigger to make the sport grow and give every street football player a chance to participate”, says ‘Liicht’, one of the founders and leaders of Pannahouse.

The field of participants was massive this year, with lots of well-known players and some of the biggest names from the street football scene from last years. The fact that players like Séan Garnier, The Gypsy and Zohair Arbib didn’t make it to the next round for the first time in years said enough about the level. Other players were able to show they have what it takes to compete against the best of the world and claim their own spot at the top. Ali ‘Jasseminho’ Jassem reached the top sixteen while making his pro debut. Dutch players Nasser el Jackson and Abdollah Tribak also impressed everyone by getting a place in the top sixteen, where Abdollah even finished on a fourth place! The biggest young talents such as Mehdi Amri from Belgium, Shiou from Japan and the Danish Noah Kofi and Franck Jobarteh really showed themselves in the under 16 tournament. Where Mehdi Amri won the tournament last year, the Japanese Shiou eventually won the Youth Tournament by beating Mehdi in the big final. 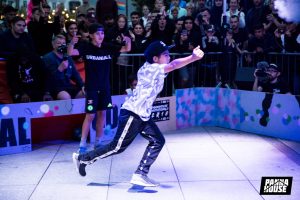 Winner at the pros was Fatih Hatipoglu from Panna Match Berlin, Germany. After taking the win against Jacob Corneliusen (with a brutal panna), Lotar and Abdollah El Jackson he qualified for the final. Fatih became the winner in this close and exciting game against the multiple champion of the world and legend, Soufiane Bencok.

Somehow couldn’t make it to join the crowd in Copenhagen and wish to see all the great games of this big tournament? Check out the Youtube channel of Pannahouse or their partner StreetSoccerInternational to re-watch every single match! 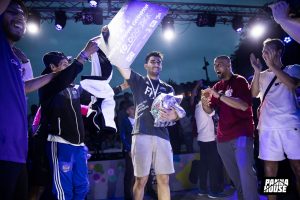