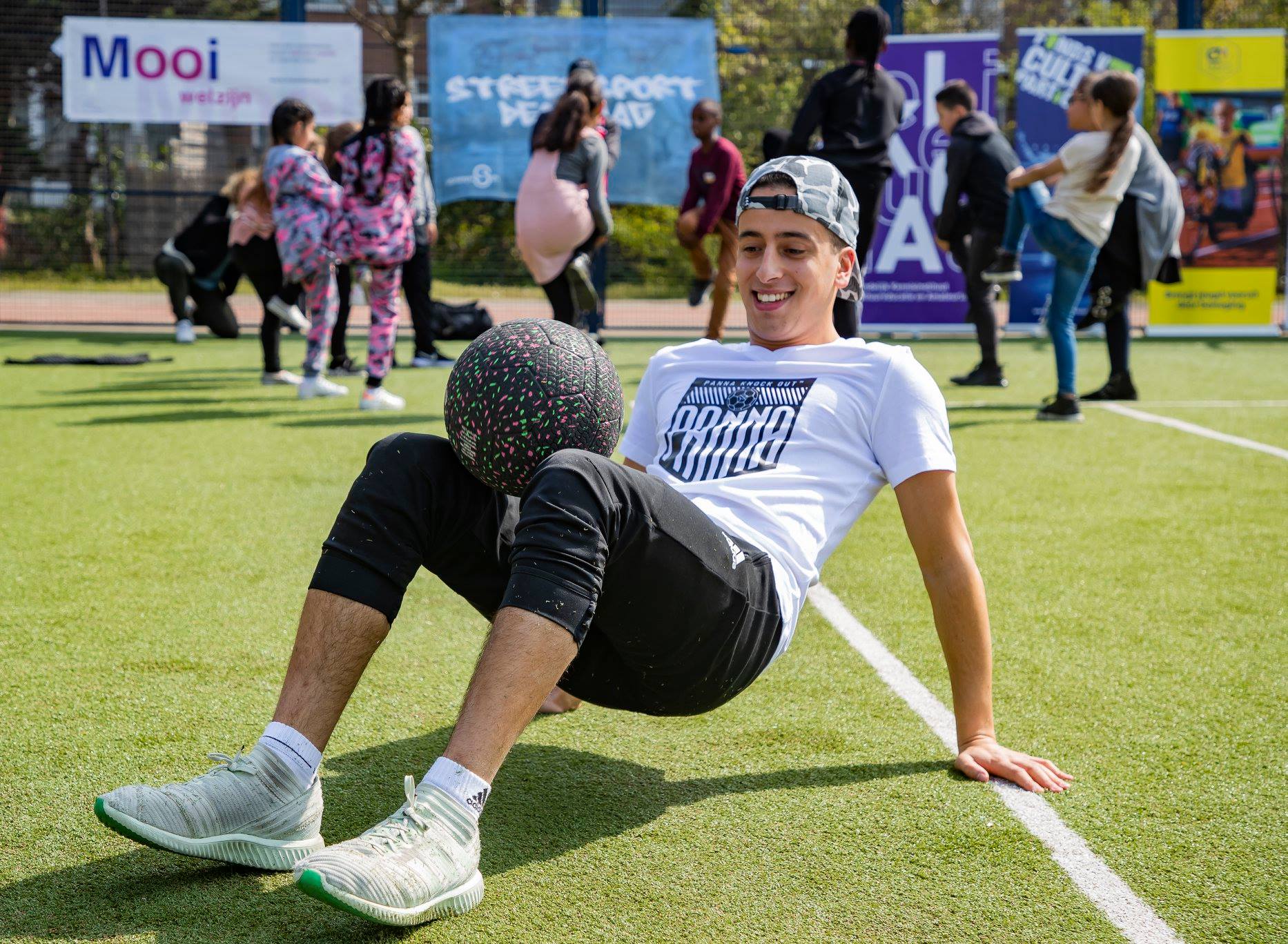 More than 1.000 children from poor neighborhoods are introduced to culture.

Last Tuesday, Panna Knock Out was part of the fantastic opening of the Culture@CruyffCourts project in The Hague. The Jeugdfonds Sport & Cultuur ( Youth Fund Sports & Culture ) and the Johan Cruyff Foundation join forces with the Culture@CruyffCourts project to give children and youth from poor neighborhoods access to sports and culture close to home, on Cruyff Courts. In addition to the existing sports offer, children now also have the opportunity to become acquainted with cultural activities such as rapping, DJing, dancing and vlogging.

In 2019, Cultuur@CruyffCourts will start on 14 different Cruyff Courts through the whole country. Another 14 Cruyff Courts will be added in 2020. On the Cruyff Courts, all kinds of different cultural activities take place for 8 weeks in which children and youth can participate. More than 1.120 children are introduced to sports and culture in their own neighborhood. Cultuur@CruyffCourts is made possible by the participants from the VriendenLoterij and the Fonds voor Cultuurparticipatie (Fund for Cultural Participation).

The festive kick-off of Cultuur@CruyffCourts took place on 16 April 2019 at the Cruyff Court Eljero Elia in The Hague in the presence of Ingrid van Engelshoven – Minister of Education, Culture and Science and Councilor Richard de Mos of The Hague.

Cultuur@CruyffCourts
Cruyff Courts are safe meeting places in often poor neighborhoods where children and youth can exercise. Many parents, children and youth experience culture as abstract and far from their bed. “By showing at the Cruyff Courts that rap, DJing, dancing and vlogging are also culture, the cultural offering becomes concrete and accessible. The threshold for structural participation is also lowered, because the cultural lessons are given by cultural providers and neighborhood sports coaches from the neighborhood, ”says Monique Maks, director of Youth & Sports Fund. “Is there no money at home to go to class? Then the Sport & Culture Youth Fund pays. ”Niels Meijer, director of the Cruyff Foundation, adds:“ Cruyff Courts stimulate movement, connect work and ensure that children start working together. You don’t only need this in sports, but also in culture. That is the power of our collaboration. We believe that in this way, we contribute together to the development of children and youth. ” 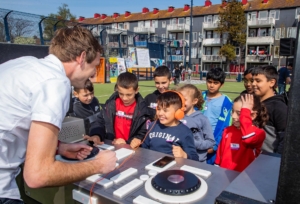 Kick-off
On April 16 more than 90 children from the school, OBS de Kameleon and the neighborhood started working with various workshops. From rapping to break dance and playing behind the DJ table Yalp Fono: there was plenty to do! Two-time world ground champion Nasser el Jackson from Panna Knock Out has shown spectacular moves in the show. The ZangExpress Pop-Up choir sang the stars of heaven.

Choir members Fabrice (9) and Sedil (9) spoke with the minister and the alderman about the value of sport and culture. After which all those present led by master ‘bucket drummer’ Bennie Semil of Partofit Cultuur@CruyffCourts started thunderous. 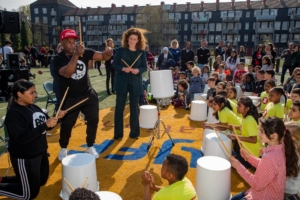 About the youth Fund Sport & Culture.
In the Netherlands, 378.000 children grow up in poverty. The Youth Fund Sport & Culture makes it possible that children and youth, from families who don’t have a lot of money, can still become members of a sports club or can do dance, play music or something creative. For those children, the fund pays the contribution or tuition fee and possibly the required attributes. Sport and culture helps a child develop optimally physically, mentally and socially. This is not only important for the development and future of the child, but also for the family and ultimately society.

About the Johan Cruyff Foundation
The Johan Cruyff Foundation supports and develops sports activities for children around the world. With sports projects for children with disabilities, the Cruyff Courts and Schoolplein14, these children literally get the space. Space where they can develop, space to make friends and space where they can improve their physical and mental health.

Partners C@CC
Cultuur@CruyffCourts is made possible by the participants from the VriendenLoterij and the Fonds voor Cultuurparticipatie. The VriendenLoterij raises funds for charities that work on health and well-being. For example, it supports social initiatives that provide support for people with insufficient resources or opportunities, and makes their work known. The Cultural Participation Fund gives people the opportunity to show and hear themselves. Moreover, by making culture yourself, people give shape and meaning to a changing environment. With the help of the LKCA, the sustainable and structural transfer to regular lessons are monitored. We work closely with national partners who can take care of the local offer, with Iktoon contributing to publicity, among other things. 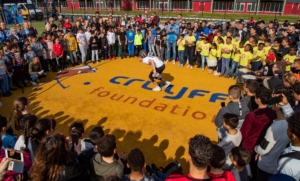