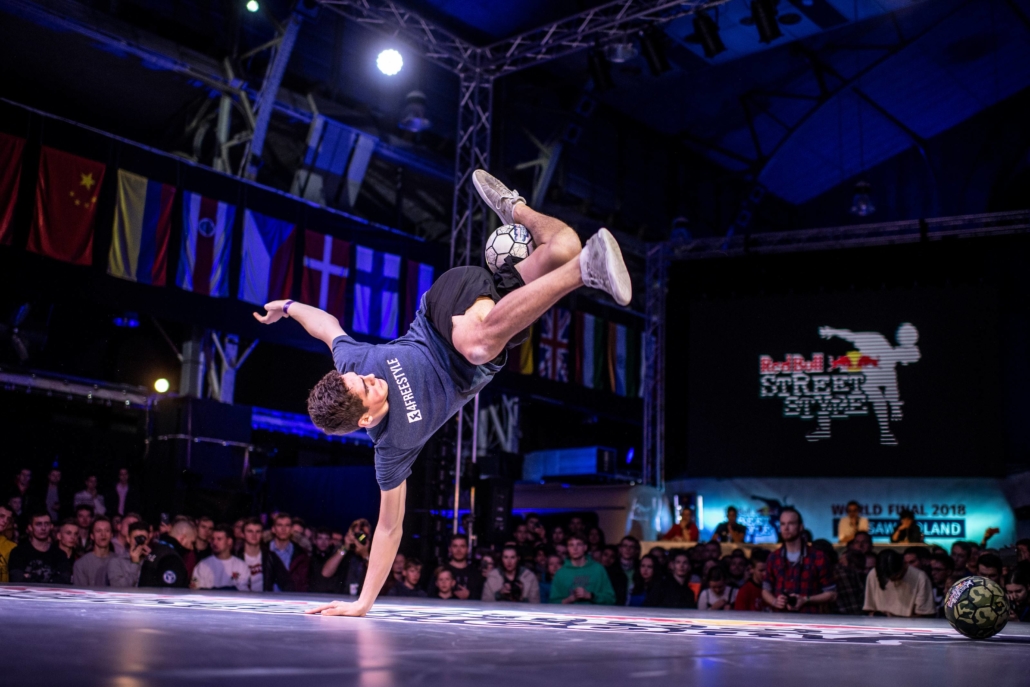 After over a decade of championships events spanning Europe, Asia, Africa and South America, the grand finale of the world’s most important freestyle football tournament, Red Bull Street Style is back. The Championships will blast into North America for the first time this fall. The sport’s best international athletes, including the defending titleholders, will turn up the heat in Miami, Florida, USA on November 15, 2019.

Eight women and more than 45 men will bring their most innovative new tricks to a hub of creativity, Miami’s buzzing Wynwood Arts District. The venue is the RC Cola Plant, a beloved architectural monument that has been revitalized from its formerly abandoned state to become a popular event space. And with a graffiti museum and plenty of prime viewing for spectators.

Juni 2019, For the first time an Online Women League was organized by WFFA. So, in the final of the online competition, Aguska, Laura and Lucia competed against each other. Above all Lucia ended on the third place, Laura on the second and Aguska on the first place. So, Aguska won the first Online Women League and can put another victory on her name! It will be the second time Woman can compete against each other. And play freestyle on a platform this big.

The most high-profile freestyle football tournament of 2019 – the Red Bull Street Style World Final.  Just got even starrier with the announcement that football idol Nani will be a judge. One of the most decorated players of his era. The Portuguese winger captured four Premier League titles and a Champions League crown with Manchester United. He also led Portugal to its first UEFA Euro championship and is now a scoring standout for Orlando City of the MLS. Red Bull Street is the official World Championship of freestyle football. And at the World Final in Miami, Nani will join a judging panel. This panel also includes Mexican Bundesliga legend Pável Pardo. Both are going to decide which contender will wear the crown.

The Final will be on November the 15th.  If you want to watch the Red Bull Street Style Championships check the link below.