Racism? Then we don’t play football! 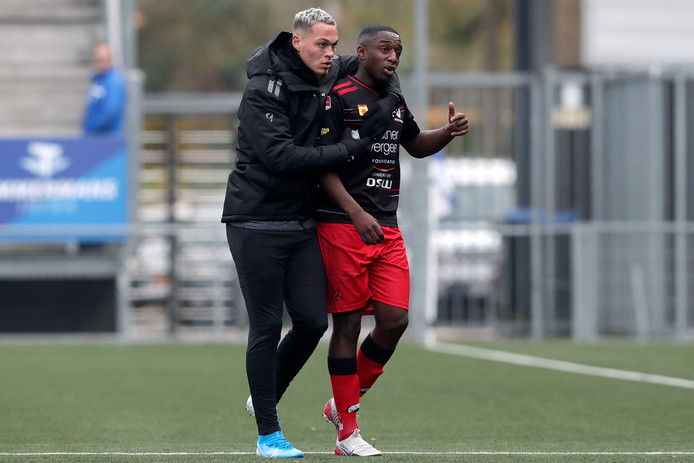 Unfortunately, we do see racism over and over again in many countries. Something that gets to the bone. Questioning your own mind how this could be you. It’s something they do not understand and what we do not understand as Panna Knock Out. The world belongs to everyone and is a place where everyone is equal, we should guard that.

”For me personally it was very hard,” said Wijnaldum. The player of Liverpool FC and the Dutch team react shocked at the conference of the Dutch team. Memphis Depay also fell on the situation regarding racism. “I’m sick of seeing these constantly! When will this stop!’’, said the Dutch international and player from Lyon questioningly at UEFA. All these reactions where surround the situation in the stadium of FC Den Bosch. Ahmed Mendes Moreira, Excelsior player, was racially treated during the match FC Den Bosch vs Excelsior. They quit the game for a while, when they returned on the field, Moreira took his moral ‘payback’ by scoring a goal.

Racisme all over the world

It is not only the Netherlands where we see horrible things like this. We saw Mario Balotelli, who reacted by kicking a ball toward the audience for getting racially treated. Also, in Ukraine, Taison was racially treated, he reacted with his middle finger to the audience. This earned him a ridiculous suspension of one game. What are we doing against these horrible situations? What are we going to do against this people? It takes place around the whole world these days, we need to change that.

What we do about this serious situation and what we do to the people who get it in their heads? It takes these days still wondering around the world. In a world that needs to change.

Reaction of the Dutch squad on racism

In addition to the situations suround Ahmed Mendes Moreira, the Dutch team react. It was that hard that things like this happened in other countries and now in our own country? The Dutch squad reacted strongly with a message on an Instagram post. This message was shared by everyone surrounds the team. A post that tells us everybody is the same and we are together on this world.

Also, there was a reaction of the Dutch squad in de qualification game from the Netherlands vs Estland. Frenkie de Jong and Wijnaldum makes a big statement after the 1-0. The photo below says everything about the messeage.

Panna Knock Out about racism

Panna Knock Out stays for respect and fairplay. The game we all love makes young people fraternize and connected to each other, regardless of color, age, religion. Not only inside but also outside the field. We are all one family! Panna Knock Out fully supports the statement of the Dutch national team. And is more than justified that the professional and amateur teams will note play the first minute in their games, as a statement.