Nasser el Jackson is one of role models in the street football scene.

His name to his brother, the street football legend Mo El Jackson. His movements were as inimitable as Michael Jackson’s. Nasser is the successor to his brother.

Nasser does not focus on one discipline. He is a true all-round street footballer and masters the freestyle, ground moves and pannaskills. Since 2019, Nasser even has his own theater show with which he uniquely combines his street football skills with art. Nasser is a true multi-talent.

Nasser is also the founder of Team el Jackson, with which he scout street football players worldwide and assist them in their development. Above all, especially to connect in what inspires them all, street football. Team el Jackson already consists of more than 30 members with street football players from the Netherlands, Belgium and even Spain in his team. Nasser is a great example for many young people. His personality and enthusiasm is infectious and ensures that everyone, from young to old, knows how to get hold of it! 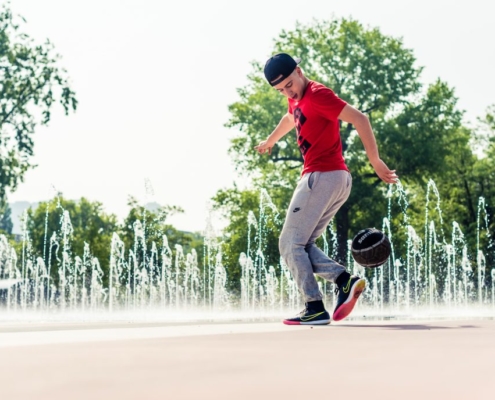 Shows in countries such as Spain, Italy and the Netherlands