Mehdi is one of the greatest street football talents in the world.

The Belgian supertalent grew up in Vilvoorde, near Brussels, where he also started freestyle and panna football. Mehdi was only 14 years old when he won his first world title in Copenhagen, Denmark. Nowadays he travels to various countries to give unique shows and participate in international football tournaments.

His talent is also noticed by major brands. Mehdi has already shoot content for brands such as Coca Cola, Nike and Intersport and has already traveled to Dubai, France, Riga, Barcelona and New York!

Mehdi has become a true star on social media and has more than 100,000 followers on his Instagram. With his videos he inspires many children to play street football. In addition to his work as a street football artist, Mehdi is focused on completing his studies. In short, Mehdi is a super talent who has already won many hearts from football fans! 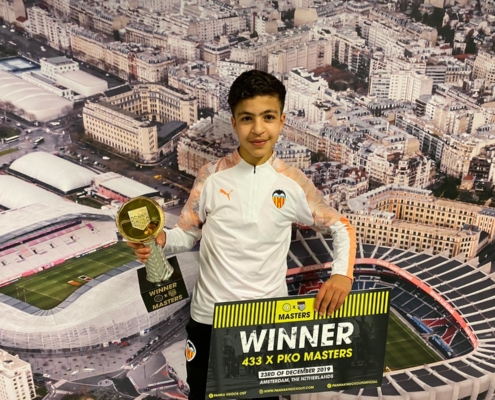 Talent of the year Vilvoorde 2019

Shows and tournaments in countries such as Dubai, Latvia, USA, Belgium, the Netherlands, Spain and France