Jeand Doest, also known as Easy Man, is one of the pioneers of street football.

Easy Man owes his name because he gave many players a panna. As a result, he became more famous on the streets.

His pannas were filmed and his videos were viewed millions of times. That was the moment he realized he had a special talent to get the most out of. He has already shown his skills all over the world in countries such as Mexico, India, Japan and USA, Bahrain, Germany and Dubai.

Easy Man has won several panna tournaments and is known within the scene as the “King of Panna”. With his unique looks and skills, he is a real show for every occasion.
Easy Man always gets his fans along and is a source of inspiration for many young people worldwide. In recent years, Easy Man has built up a large fan base. Every week he post Youtube videos on his channel EasyManTV with tutorials to continue to inspire and entertain his fans. 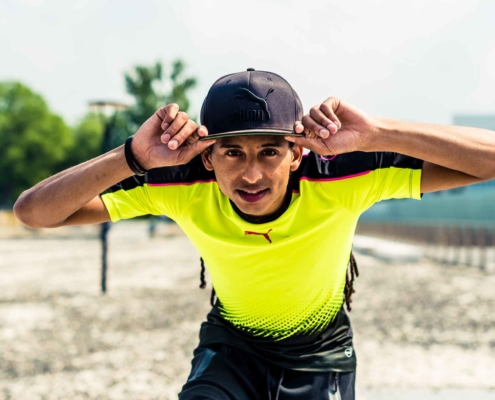 Shows in countries such as Mexico, India, the Netherlands, Japan, USA, Bahrain, Germany and Dubai.