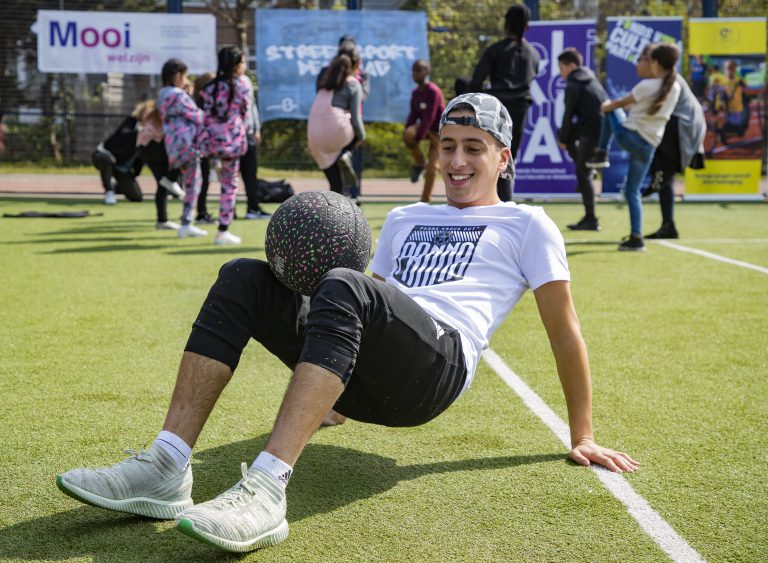 Besides being the face of KNVB football camps and the ambassador of Brabant sport from his own childhood. In the line of these ambassadorships the ‘Jeugdfonds Sport & Cultuur’ will be added. An organization that enables children and youth from families with less money, to participate in football, music lessons, gymnastics, street dance, judo, theater lessons or any other sporting or creative activities. They pay the fee for these children and in some cases even the attributes.

As an ambassador of the Jeugdfonds Cultuur & Sport, Nasser wants to be an inspiration for children. “It’s not about doing tricks with the ball. It’s so much more. “Nasser’s has a goal with his team he founded, team El Jackson. He recruited street football talents and helps them in developing their skills further, but also to connect to what inspires them all, street football.

Nasser is a big rolmodel for many children. Motivating children and connecting them is not only reflected in his Team El Jackson, but now as an ambassador for the ‘Jeugdfonds Sport & Cultuur’.