Many star players have formed their talent on the streets. However, not all street talents have been able to make their dreams come true with their passion for football. For example: many Dutch celebrities and rappers also started out on the streets, but now they shine in a different way such as Kevin and Lijpe. The many hours put on the squares in the past, where a source of inspiration was born for creating the new track “Kilometers” from Kevin and Lijpe. They did this in collaboration with us.

Like many young people Kevin was chilling and playing day and night on the streets of Rotterdam. Streetwise and hungry for success he learned there many life lessons. “The street was my second home in terms of education, I learned a lot there like being loyal to your loved ones, standing up for yourself and the most important thing is the perseverance to make something of your life. Nobody cannot stop you whether you want to become a professional, CEO or a rapper”. 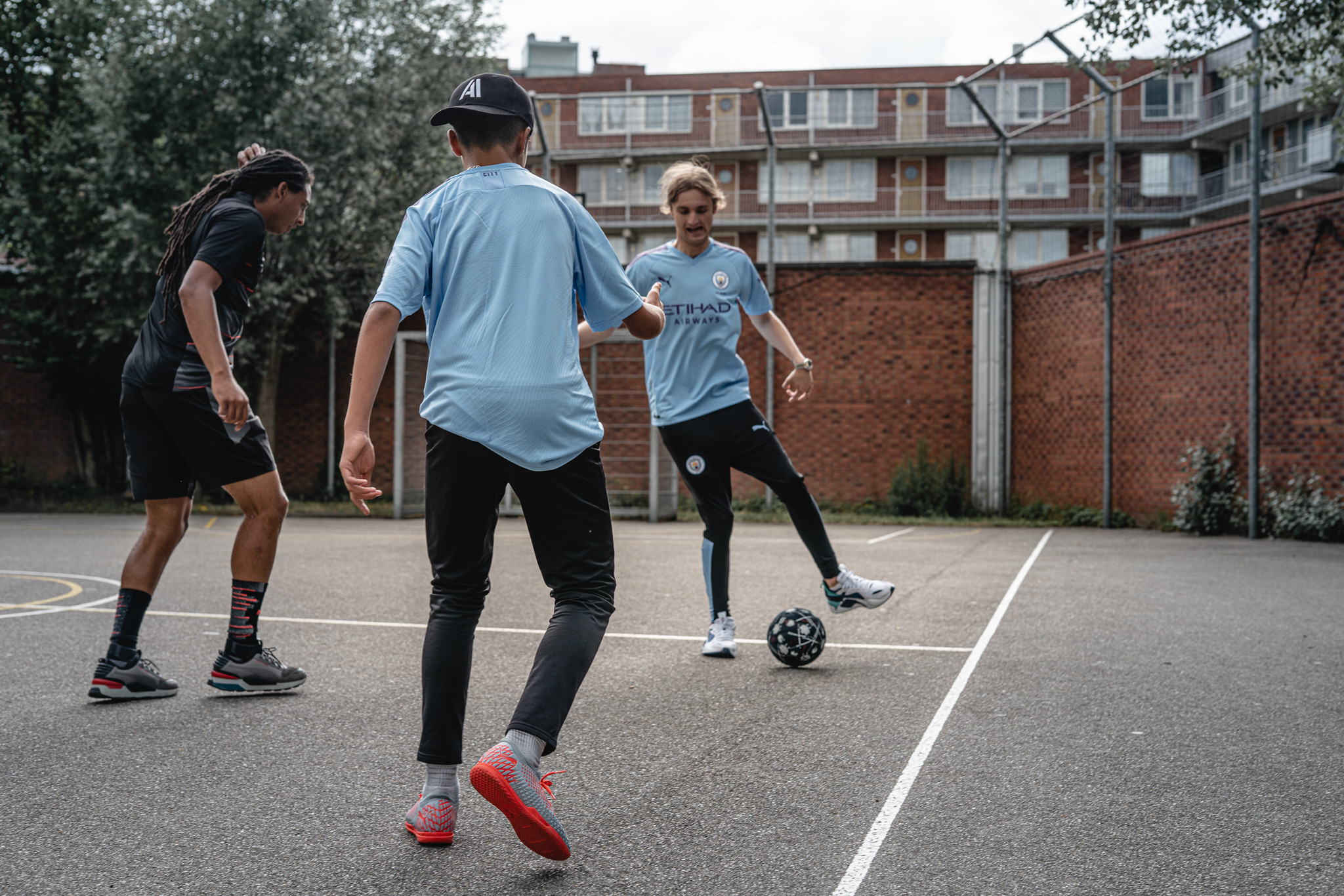 In addition to the many hours that Kevin has spent on the street, he played until his 15th at the professional football club Excelsior Rotterdam. “On the streets I learned everything about technique and power. A professional football player cannot really succeed without making progress on the street. When I look at the clip I immediately get the feeling to play football again! So I really hope that the youth will get inspired to be more on the squares to play football”, says Kevin.

Just like Kevin, you could find rapper Lijpe on every square where a ball was present. He played for many years at the top of the amateur football club in the Netherlands, but his fate took him to a different path. “Nowadays I am trying to be a voice for the youth on the streets with or without a ball”.

Danijel Ribaric of Panna Knock Out thinks streetfootball does not get enough credits in professional football. It is great that Kevin, Lijpe and producer Spanker released an ode to street football. The most famous professional football players in the Eredivisie and Champions League are coming off the streets. Nowadays, amateur clubs are receiving a percentage of a transfer. “I think that one day besides the amateur clubs, the hood where the professional football player started playing will receive a percentage in the form of an activity. This partially relieves the social duty of a player. Besides that, it activates the neighborhood in a positive way with a local hero!” Says Ribaric.

The Panna Knock Out Anthem “Kilometers” by Kevin and Lijpe is now online on Spotify and the YouTube channel of Noah’s Ark! The track is also the official Anthem for the Street Football World Cup, which will be held on 14 and 15 September in various categories in Rotterdam, The Netherlands.