Saturday, January 16th, was the day where many street football fans in Barcelona were waiting for. The Game Over Tournament, organized by Nike & Intersport took finally place! This was an unique opportunity for youth to show their talent. It became a wonderful and exciting day with a lot of talent and where kids had the chance to play against the Ronaldinho Globe Street team in a 3vs3 tournament.

Local youth players from Barcelona and surroundings could register through Intersport to participate in the 3vs3 tournament. The tournament itself consisted of two parts, the boys and the girls who dueled against each other. The final winners from both sides played against each other and the winner of that game compete against the Ronaldinho Globe Street Team that consisted of Edward van Gils, Rocky, Orry Promes, Issy Hitman and Mehdi Amri. 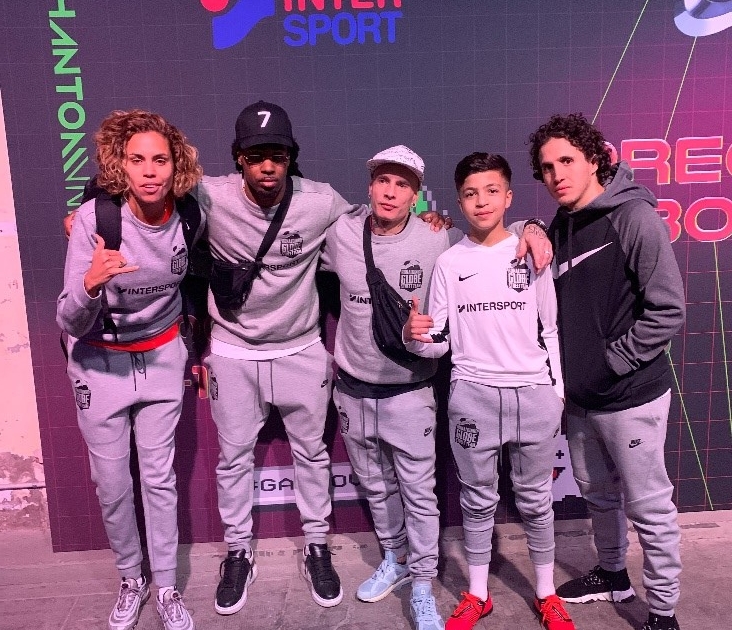 Nike didn’t used street football for their campaigns and events for a long time, but it seems that they have new start since last summer. With the Phantom precision challenge, Edward and Rocky went searching for new talent. The winner of this challenge was Mehdi Amri so he was added to the team for the trip to Barcelona.

Around the event a campaign was built with Mehdi, Edward and Rocky. They did various challenges at the Kingsdome in Amsterdam that was shown at 433, Intersportfootball and their own IG channels.

An important goal of the tournament was to highlight the new Nike shoes, the Nike Phantom VNM. Everyone who participated on the event got the chance to test these new shoes.

Besides the 3vs3 tournament, participants and visitors could participate in a FIFA tournament, play 1vs1 or 2vs2 at Teqball and finally there was room for a meet & greet with the Ronaldinho Globe Street team.

All of this took place at a beautiful location in the heart of Barcelona, named Utopia.