How Street Football was celebrated in France – Ballon Sur Bitume 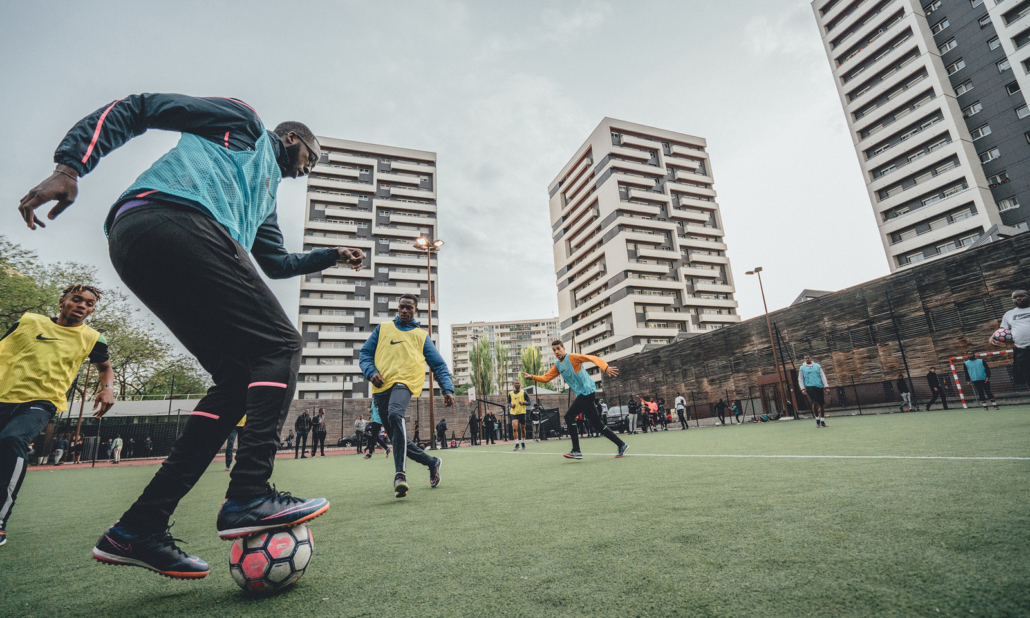 In 2016 a documentary was made. The documentary concrete football in the suburbs of France. Where players such as Riyad Mahrez learned their game. We give you a view on how street football is involved in the careers of these players. Ballon Sur Bitume (Concrete Football) directed by the French Jesse Adang and Syrine Boulanouar. Opens a window into the culture that has nurtured some of the most celebrated talents in international football. It shows how community and talent have joined forces on create pitches to overcome adversity in urban.

Leicester City’s Riyad Mahrez, one of the voices in the piece, explains how the environment helped to develop the skills he is renowned for. “When you’re living in the housing estates, you play outside all the time,” he said. “Our parents aren’t that strict and so they let us play and playing all day every day really helps you improve your dribbles and technique. I think that’s why the best technical players come from the streets.”

But French street football is part of a wider culture in the housing estates known as les banlieues. You only have to see the music video for MHD’s Champions League to see there is a special kind of energy out here, although that is not always the image seen of these youth.

Besides that, the Les banlieues have gained notoriety for their problems and are known for their high numbers of immigrants as well as people with low socio-economic backgrounds. Ballon sur Bitume looks at the stories that celebrate the passions of the young people growing up there. 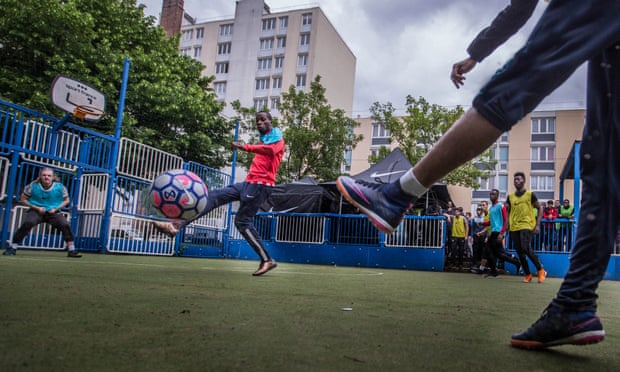 “Zinedine Zidane was the first Arab guy from the suburbs in Marseille who was playing at such a high level,” Jesse Adang, who directed the film with Syrine Boulanouar, tells the Guardian. “He’s a hero for people like us. [Hatem] Ben Arfa, too. His story is crazy, he stopped playing for a while and he trained with street football during a period to keep his level up he was playing at PSG. You can see that people love him for that when he comes out on the pitch.”

Mahrez develops on this in the documentary when he says street football can be rough. “The ribbing, trash-talk, there’s certainly a psychological element to it. Sometimes in the tournaments you can hear them shouting things like ‘kill him’. We grew up with that. That’s why when you become pro and you’re up against an opponent, you know you have to just make the pass and make the difference.”

All of the characters speak with a passion for the game and share a nostalgia for the days when they were playing it. The piece has already had more than half a million views on YouTube, and it continues to pick up a diverse audience partly, perhaps, because the documentary is like a window into a world that is not very easy to access. It also bridges the gap that exists between not only cultures but generations, too.

They include players such as Yacine Brahimi, Ousmane Dembélé and Serge Aurier and local champions such as Ferhat Cicek, who works hard to make sure that football is available as a way of channelling negative energy. “It’s a great way to stay on track,” he says. “It helps you let off steam because you’re angry inside. You’re failing at school and no one helps, you have money issues, your family can’t make ends meet … but on the pitch you’re free … from the problems and the barriers.” 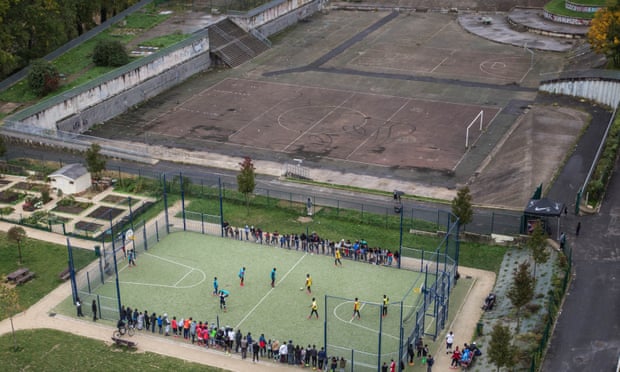 As a conclusion, “This documentary is very important for us at this time, especially with all the shit going on right now in France, the US, everywhere,” Adang adds. “We want to show something positive from the suburbs, from the streets. That’s why wee want to show people who don’t know people like us, who don’t know how to act with people like us, that we are humans too, that we have feelings. We cry, we laugh, we are like them. It’s a different culture but we’re not that different.”