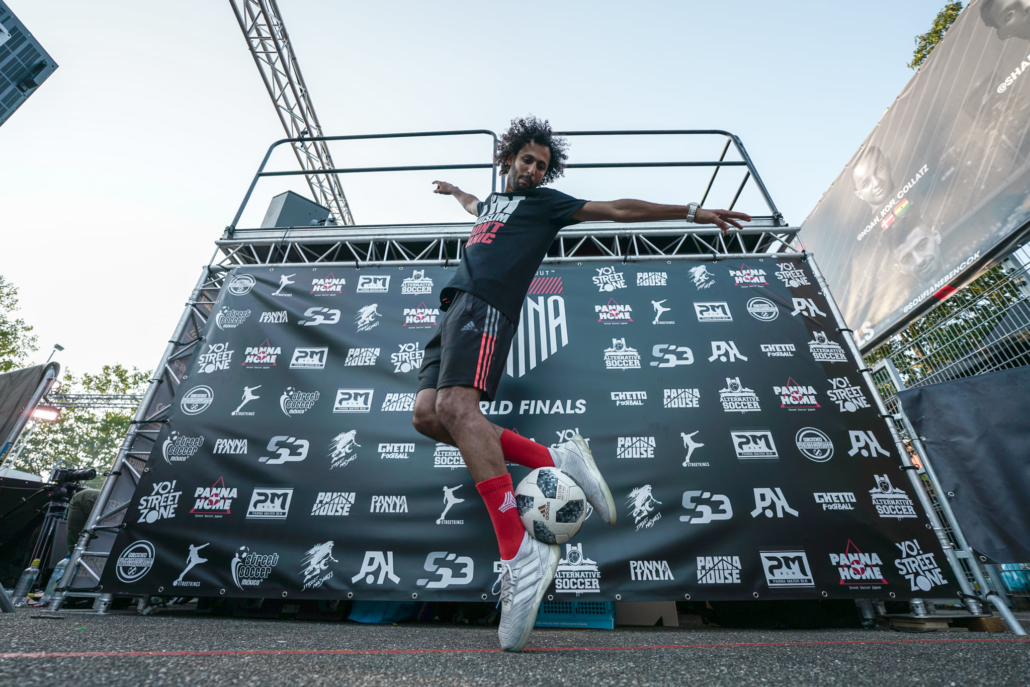 We’re back again, this time with an interview with the one and only Ahmed RA KA BA! Ahmed will tell us some more about his difficult time coming to Europe & his road to victory. He has an amazing story to tell. Don’t hesitate, just read it!

Rakaba! You’ve got an amazing story which deserves nothing but respect… Can you tell the people who don’t know your background a little bit about it?

My name is Ahmed Rakaba and I am from Libia. So I grew up in Libia until 2016. In 2016, I got some problems in my country. So then I tried to go and live in another country. That’s why I live in Germany now. It was not easy, because I had everything in Libia and I had to leave everything behind. You need to learn a new language, and you know nothing about this country. That is why it’s so hard.

I have something really beautiful to say. I have the skills to play street soccer. Street soccer saved my life, so I started to play again in Germany. I gained a lot of friends, and won a lot of tournaments. After I started to learn a lot about the country and the people here, I was able to make my life beautiful again here.

Who is your motivation?

There is one thing that motivates me, and that is that when I play, I make a lot of people happy with my skills. Street soccer brought new people in my life. I love street soccer! I grew up with street soccer, so it’s like drinking water for me; you HAVE to do it every single day. 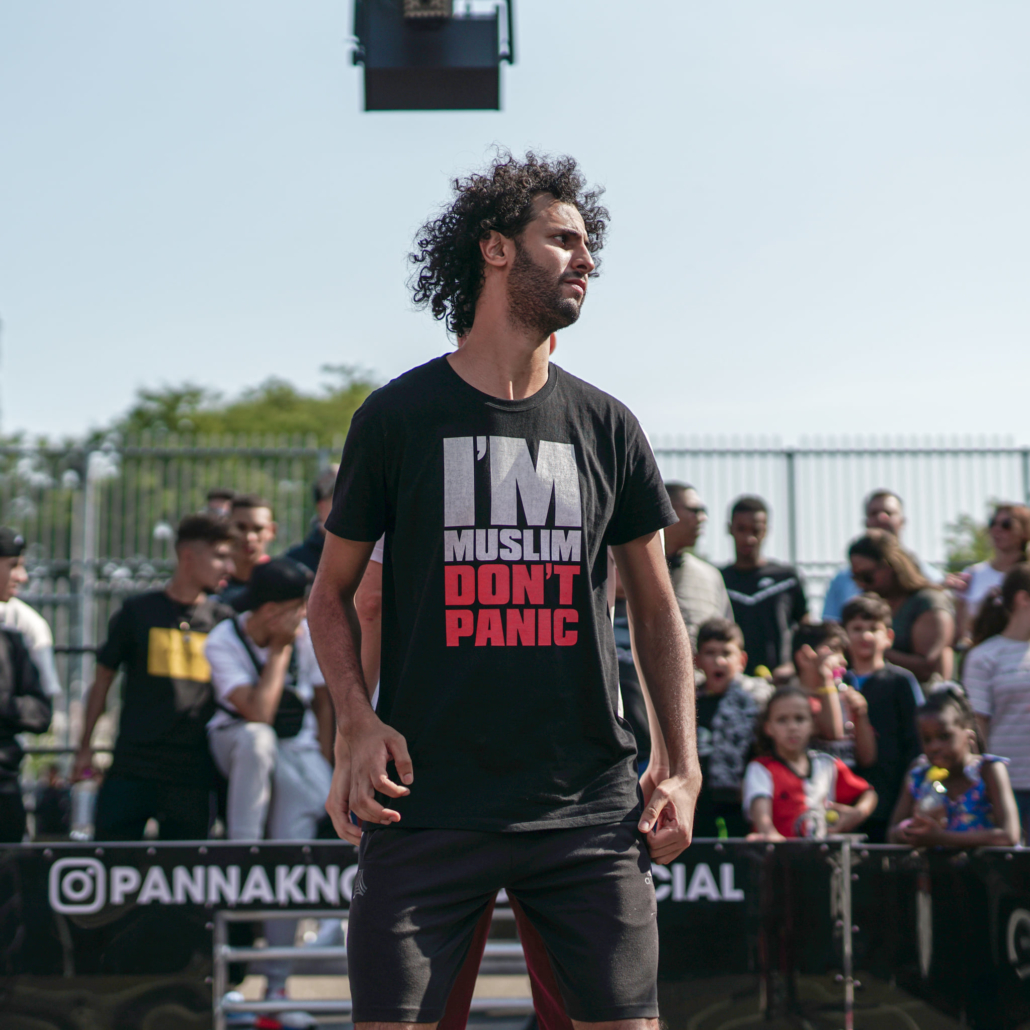 What is your favorite trick?

My favorite trick bro, is like to make an ankle breaker. That always hypes me. Giving a Panna in its own way is something beautiful.

You already made it really far in your career. Where do you see yourself in 5 years?

I try to make the panna and street soccer in Germany bigger, because there are a lot of players here. There wil be a very very big panna and skills academy. That’s what they’re working on right now. The academy is something I would like to be part of.

What is your best experience in the panna scene?

What I love about Panna is the scene. It’s very beautiful to see that we are like one family. It doesn’t matter what happens, because we know that nobody can do what we do, like we do it. Your Heritage doensn’t matter too. It is so amazing to travel with all the different Panna players. Like everybody is very humble. I love them all. If someone comes up with a new skill, we show it to each other and everybody is hyped. That’s what I really love. 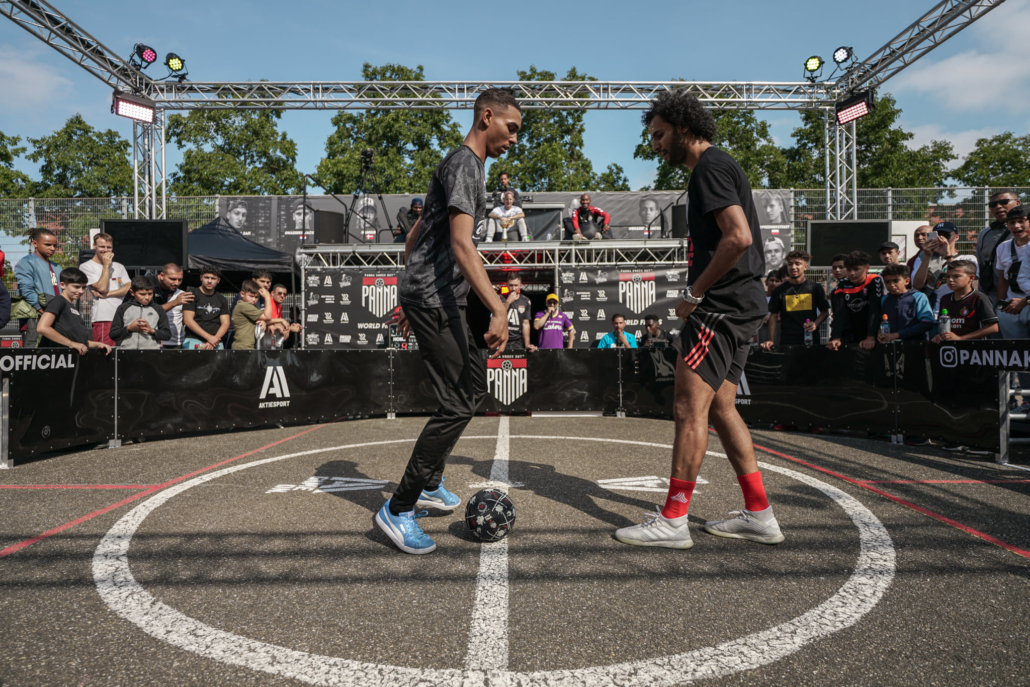 Who do you think will become world champion next year?

I want to be world champion next year. So let’s just say Insha’Allah. God knows whose gonna win, so I try to be free, to have some spare time to train. Because the last 4 years I showed; you know I told you I came new to this country and I had nothing. I went to study, I went to work, and I played in a futsal team. So I try to train with panna, but there is not so much time. That is very very hard. Next year I will have more time for panna, so I will be ready for sure.

Which street football players would you choose if you could put together a 3 vs 3 team?

3 vs 3, it’s very very hard. So if you ask me to be honest who I want to play 3 vs 3 with, it is gonna be Edward van Gils & Issy Hitman. Also with Séan Garnier and Easy Man.. There are a lot of players that when I play with them, I have a lot of fun you know. Yeah, so peace and love, this is RA KA BA. Love you all!