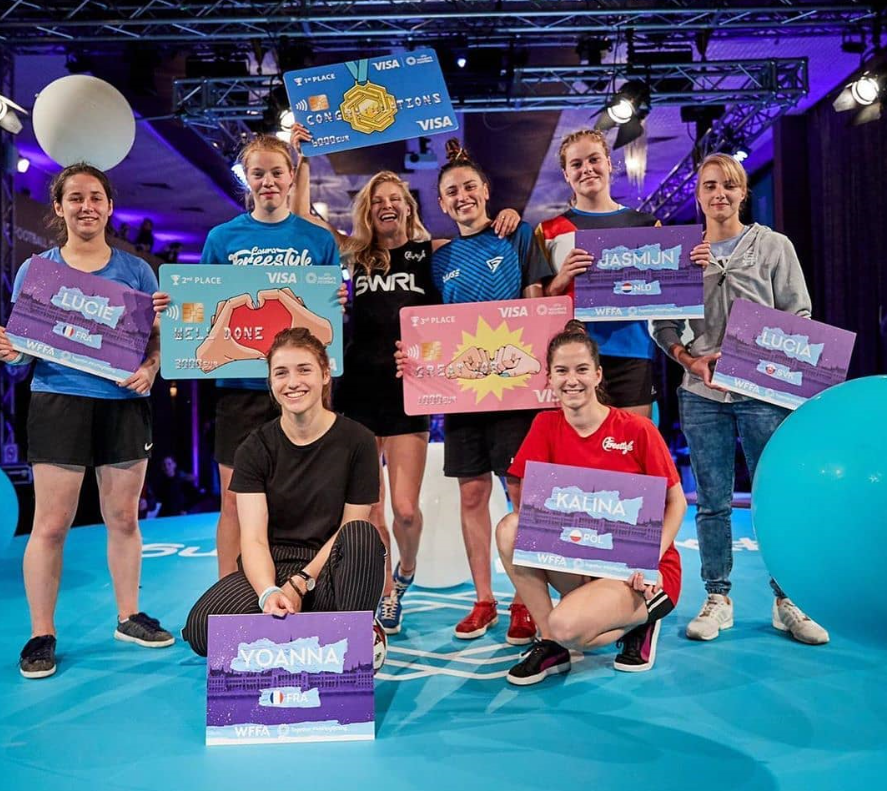 Last Saturday, Aguska Mnich was crowned as the first ever winner of the European women’s freestyle football championships. This happened after an impressive victory against Dutch freestyler Laura Dekker.

The 23-year-old Polish freestyler from London took the title and €6,000 prize money after showing her famous hardcore moves. She was judged by the jury, including four-time world champion Liv Cooke, on the difficulty of her moves, all-round ability, her originality, execution and control.

The competition was organized by the World Freestyle Football Association on the evening of the UEFA Women’s Champions League final and supported by the UEFA Women’s Football campaign #WePlayStrong. During the championships, eight of the most talented female freestyle football players on the continent competed against each other to ultimately win the event.

Aguska was delighted to be crowned champion. “It was a tough competition, but I came to win and I did. I have been preparing for this from the beginning, she said!” So far Aguska won four competitions in a row and every time she improves again.

“Having an all-female is so inspiring and I can’t wait to see the female freestyling community grow, she said.”

Liv Cooke thought the show was great and for her it was also a short alternation between Aguska and Laura, but according to her Aguska stole the show with the variation in her skills and the refined technique. 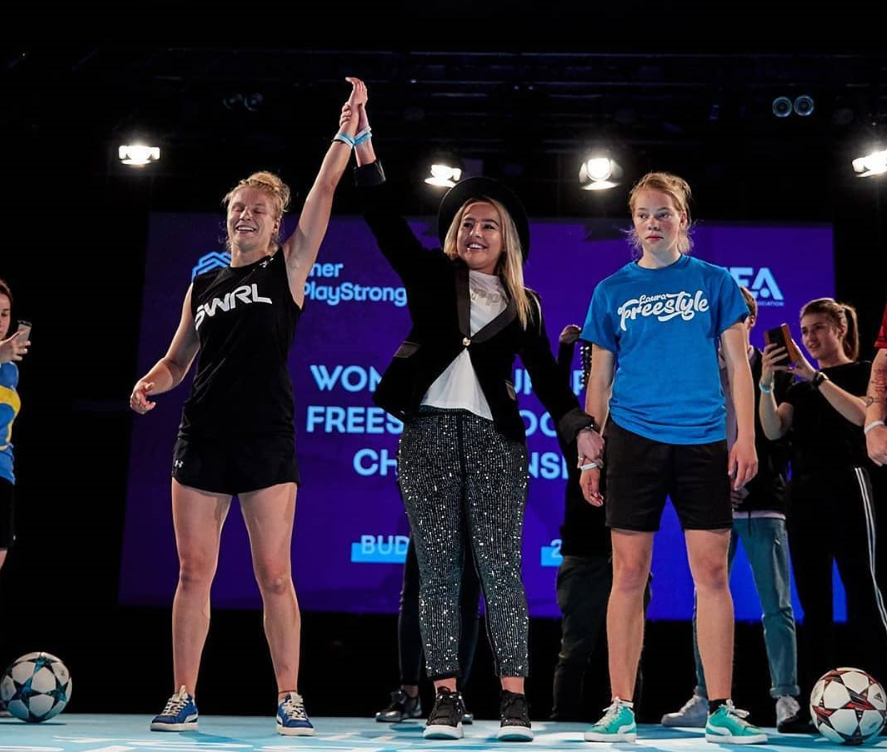