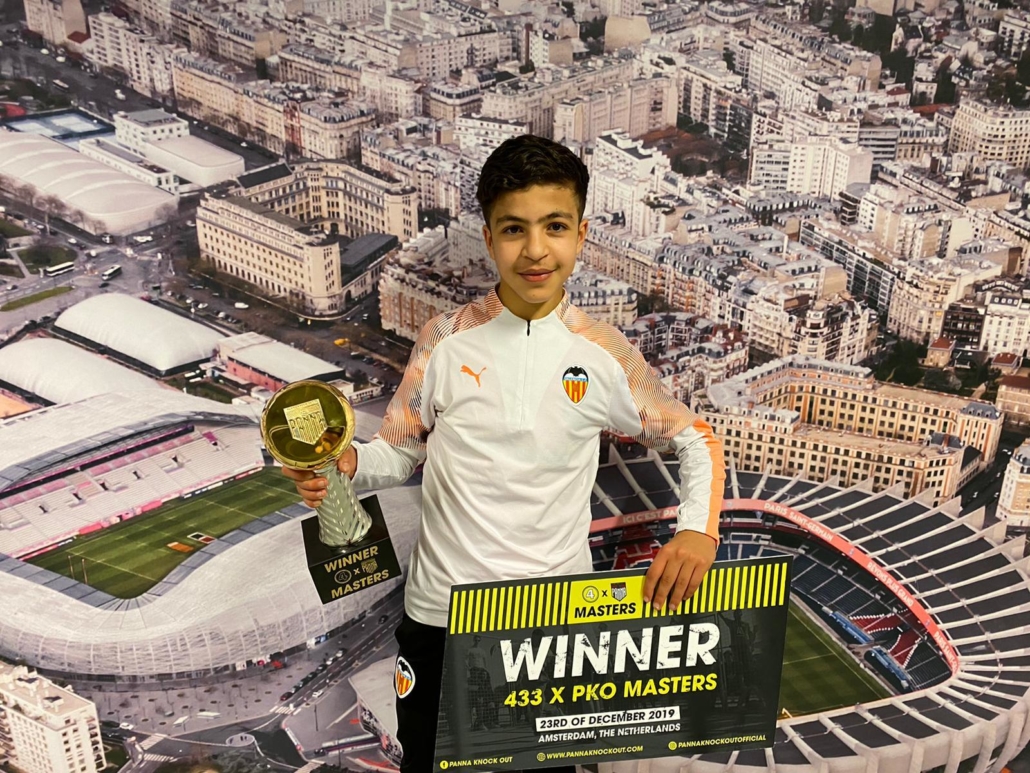 In the night of Sunday 22th of December the 433 X Panna Knock Out Master tournament took place at the office at 433. As part of the 24-hour livestream show on the YouTube of 433. A great spectacle with players from all around the world where Mehdi Amri took the win.

Players while the 433 X Panna Knock Out Masters

Different street football players took the battle against each other at the 433 X Panna Knock Out Masters tournament. The winner was crowned as champion of the 433 X Panna Knock Out tournament. Big players where presented in the battles; Easy Man, Leammsi, Omar Hamouta, Boukami, Hakim Amrani, Nasser el Jackson, Mustafa Caliskan, Mehdi Amri, Zohair Arbib, Frank Jobarteh, Anass el Jackson and Adje el Jackson. The show was hosted by the crazy freestyler TOMV. He presented the tournament, interviewed some players and made it a great show.

Within the 433 X Panna Knock Out tournament there was played with a certain concept, called Panna Pro League. In this concept the players compete against each other, they begin with a skill game, the player with the best skill called by the jury, starts with the ball. During the three-minute match the rules are simple; panna is KO, if there is no panna, the jury will decide who showed the best skills and take the win. The jury assessed the players also on the whole game, they gave after each game the both players a rating. The jury consist out of the following three names; Amin B, Mohammed Reda and Achie Tarhouchi.

What a spectacle this tournament was! The 433 office turned into a crazy place with a sick tournament. With skills and panna’s from great street football players the people were enjoyed a lot. The games brought us a lot of spectacle, what you see a lot in the Panna Pro League concept. It’s a great concept where you see a lot of skills.

Also, the players played with a lot of respect to each other, this was really nice to see. It brought us a sick tournament in a really nice setting. Anas Boukami came true to the final after a convincing semifinal against EasyMan, where Mehdi Amri won the semifinal from Nasser el Jackson in an exciting game where it became very close. The winner of the big tournament was Mehdi Amri he crowned himself to the winner of the 433 X Panna Knock Out Masters after the final against Anas Boukami. Congrats to Mehdi, big respect!

Furthermore, in the upcoming days there will be released a lot of videos of the tournament. Keep an eye out on the channels where you can find these videos. You can find the content on the following Instagram channels; Panna Knock Out, 433, 433skills and 433nl. Furthermore, there will be some sick videos on the YouTube channels of Panna Knock Out and 433.

You can check the aftermovie from the tournament below!